Amazon UK are holding a big gaming sale this week, and one of the hottest deals of the day is on LG's UltraGear 27GL83A-B gaming monitor, a 27in, 2560x1440 screen with a 144Hz refresh rate that's one of Nvidia's officially certified G-Sync Compatible monitors. Normally £430, this excellent screen can now be had for a new all-time low price of £370, saving you a very agreeable £70.

Sundays are for blending coffee beans in your flat and being acutely aware that it's very, very loud. Before you spin the blades, let's read this week's best writing about games.

What's your comfort game when you're sick? I'll be honest, friends: I'm thick with cold and I'd like this day to end. Maybe you can help me make that happen. Once I'm done here, I'm going to crawl under a blanket and play something comforting that will distract me until bedtime.

So I'm here to ask: what's your comfort gaming for when you're sick? In a new blog post published May 6th, Wolfire Games co-founder David Rosen writes that he felt he had "no choice" in bringing the suit, after Valve told him "that they would remove Overgrowth from Steam if I allowed it to be sold at a lower price anywhere." Videogame awards are good for three things: they encourage people to continue creating new work; they direct attention towards particular pebbles among the otherwise amorphous landslide of new game releases; and they give bystanders like me something of mercifully little consequence to gripe about when nominations don't align with our personal tastes.

I'm sad to report that the Independent Games Festival has delivered only two out of three in 2021. The nominations for this year's IGF Awards were announced yesterday, but they have left me little to gripe about. When I last wrote about Slipways, I called it the best demo of the Steam festival and lamented that it was no longer available. Good news! It's back, and in expanded form. There's now a public beta of this wonderful, pocket-sized grand strategy game which you can play via Steam until May 10th.

What are we all playing this weekend? Apparently in the UK May is National Walking Month, neatly coinciding with me being in a tiny village with no wired internet, where the chief entertainment is "going for a walk." Well, I refuse. You can't make me, dammit. Instead I shall stay as inside-sitting-still as possible, and play games while ignoring my mum periodically coming in to tell me I'm going to get blood clots because that's the sort of thing she routinely does.

Let's find out what the rest of the cheery ol' RPS gang are playing this weekend, eh? I predict a few mentions of Resident Evil Village. It sure feels like deck-based games are having a moment right now, and if that's something you're into maybe spare one of your moments to look at Cross Blitz. The developers of this RPG card-battle game say it's inspired by the likes of Dragon Quest and Slay The Spire, among other games. Oh and it's got concerningly burly lion pirates too, which might be another thing folks are into. The developers have just announced Cross Blitz with a new trailer and are planning an early access launch later in 2021. In case there was any doubt, the studio that makes Borderlands games is working on another Borderlands game. Gearbox Entertainment CEO Randy Pitchford shot down some rumors about the studio co-developing a new vault hunter game by saying "Gearbox is lead dev of any future games in the Borderlands franchise". He followed up to add that the Borderlands 3 developers are "working on the big one". The next one is pretty much always "the big one" when it comes to game developers, but perhaps Gearbox are considering teasing their plans this summer. The next big expansion for The Elder Scrolls Online is just around the corner, meaning plenty of folks will be grouping up to take on the new Oblivion-themed zones. Some of us prefer playing our MMO's solo though, and for us ZeniMax Online Studios are introducing the new companion system for ESO. These new recruitable characters will join you in combat so you don't have to go it alone, which honestly might be the most exciting ESO feature for me in a long time.

The cheapest places to find Resident Evil Village for PC, in the US and UK Resident Evil Village is the talk of the town, and you may well be wondering where the cheapest place to pick it up is. We've scoured every legitimate key-totin' outfit in the land to find out - on both sides of the Atlantic. CD Projekt Red announced last year that they'll be releasing a big next-gen (now-gen) update to The Witcher 3, which PC players will get as a free game update too. We still don't know when that'll be arriving just yet, but when it does it may include the work of modders. CDPR have confirmed that they're in talkes with mod creators whose work may wind up being used in the facy new release. I don't expect it'll include the ones that turn Geralt into Henry Cavill though. 240Hz gaming monitors remain some of the most expensive screens you can buy today, and the BenQ Zowie XL2546K is no exception. Costing a hefty £459 / $499, this 240Hz, 1080p esports-focused display is probably one of the costliest monitors I've tested in some time. It's a far cry from the £270 / $280 price of my current 240Hz pick in my best budget gaming monitor round-up, the AOC C27G2ZU, and in terms of overall image quality, the AOC still has the BenQ beat (more on that in a sec). Yakuza series developers Ryu Ga Gotoku revealed a sequel to their spinoff series Judgement today. The announcement came and went without any mention of a PC release though, alas. It did produce an interesting detail about the future of the Yakuza series. After turning the traditionally beat 'em up brawler games on their head by switching to turn-based combat in Yakuza: Like A Dragon, RGG say that the series will continue in that style while the Judgement series carries the action game banner. Intriguing!

Epic vs Apple trial raises the question: what is a game? The Epic Games vs Apple antitrust trial has been in full swing this week, bringing up all sorts of confidential info, and showing poor legal people just how confusing the games industry can be. Yesterday, during the fourth day of the trial, Apple found themselves getting caught up in a few contradictions when defining what a game actually is - and it's all because of Roblox. 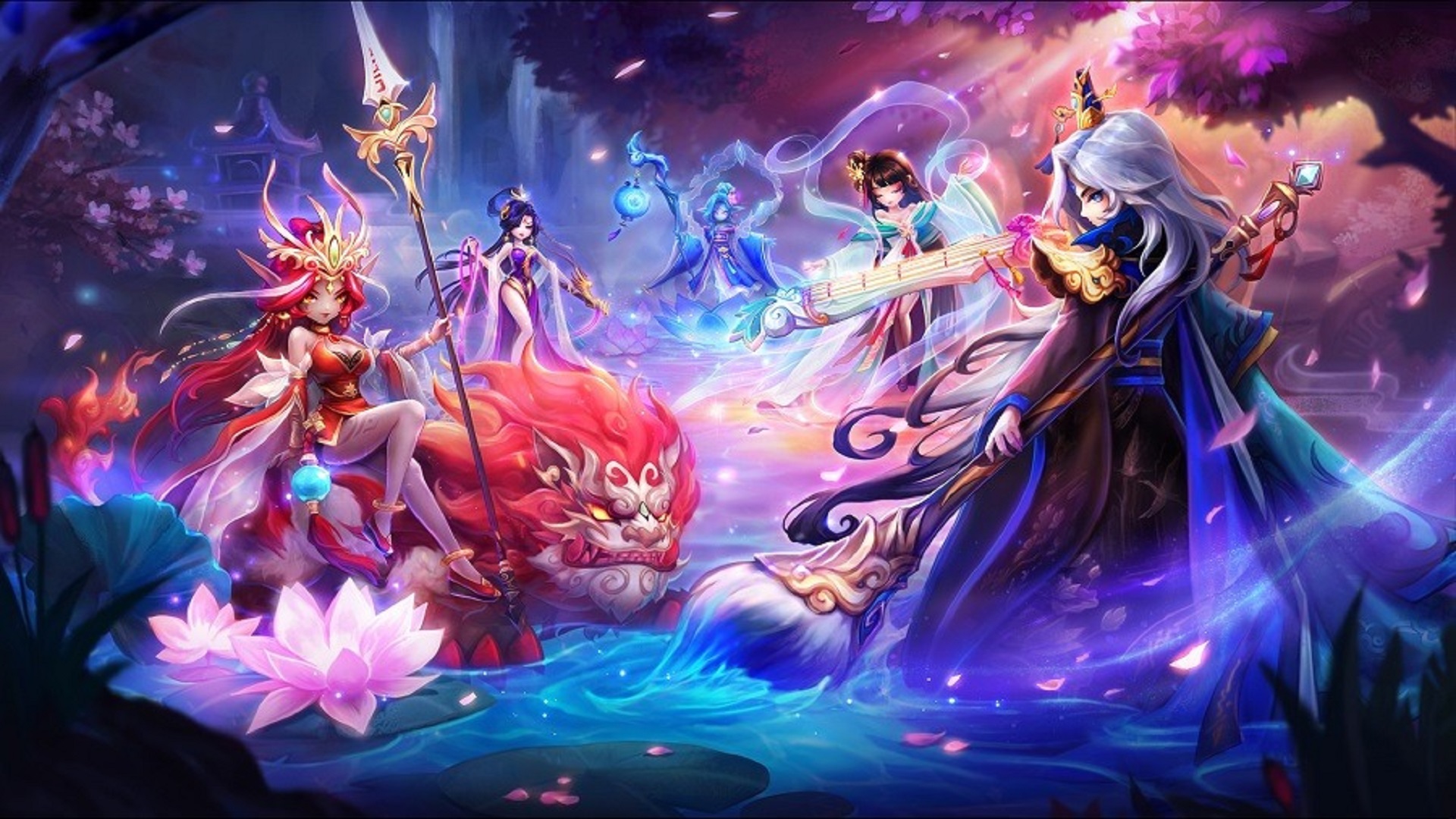 Summoners War is a free-to-play fantasy RPG with epic raid battles and an intense world arena. As well as getting into combat with other players and tough bosses, you can also decorate your village however you like, explore massive dungeons, and train up unique monsters.

If you’re in need of some extra scrolls, mana, or energy, our Summoners War codes list is here to help! We will update this page frequently with fresh codes and remove any expired ones along the way. So keep this page bookmarked and check back at a later date for even more in-game goodies.

We love freebies here at Pocket Tactics, so we also created lists full of Genshin Impact codes, Coin Master free spins links, and Summoners War: Lost Centuria coupon codes. We even have a page full of the best mobile RPGs, just in case you need something new to play in the future. 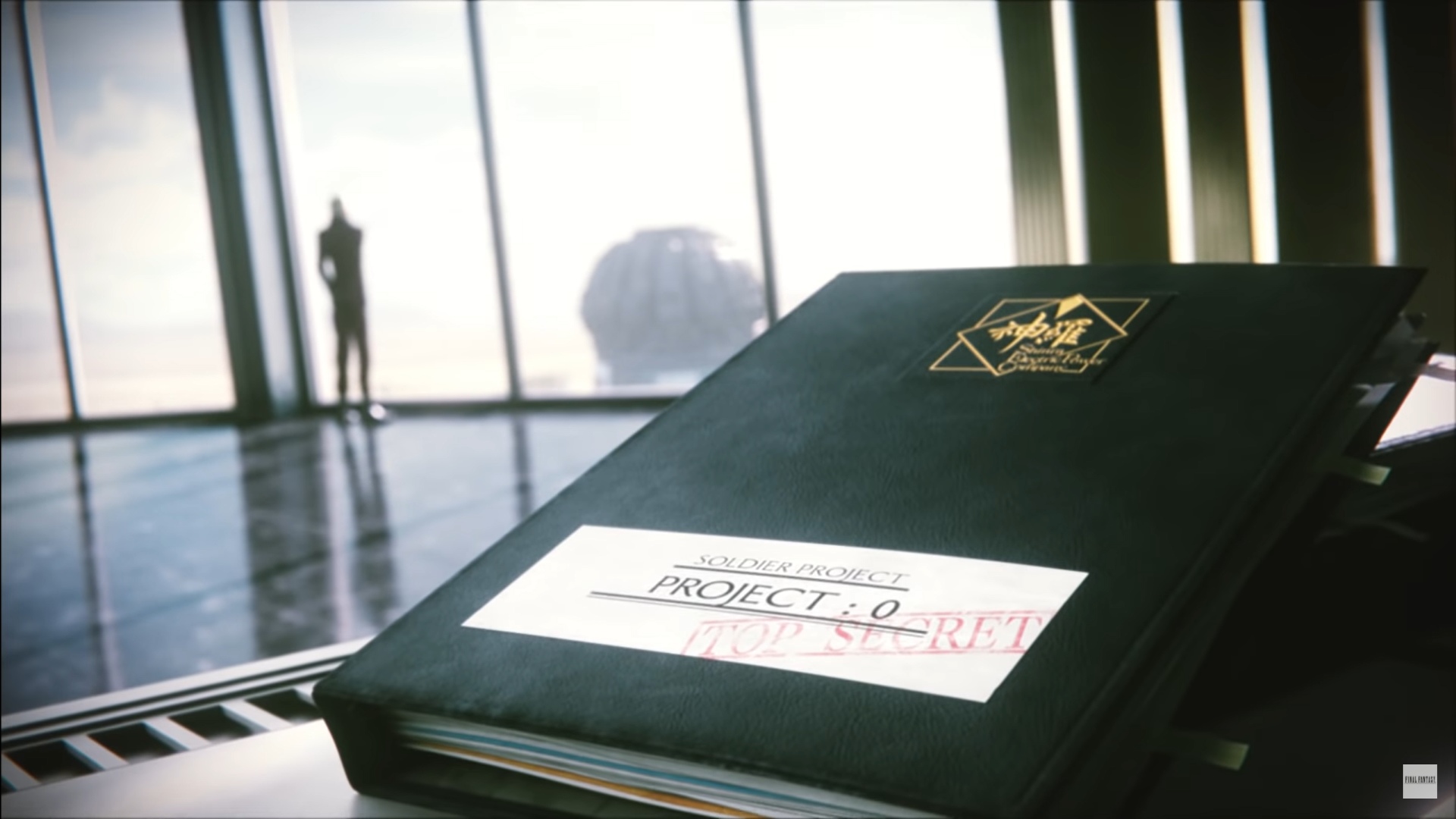 Final Fantasy VII: The First Soldier has now opened for pre-registration ahead of a closed beta test that’s set to run from June 1-7. The news arrived during an official stream that went out earlier today.

This one is of course a battle royale title where you duke it out against your fellow SOLDIER candidates until only one fighter remains. If you're going to survive and thrive, you’ll have to become well acquainted with the game’s special abilities, magic, and weapons, many of which will be familiar to long-time Final Fantasy fans. You can also choose between different fighting styles, including that of the warrior, sorcerer, and monk. Naturally, they each boast their own unique abilities, which should hopefully spice up the standard shooting and looting.

The warzone itself is also inhabited by hulking monsters, so you’ll have to contend with more than just your rival SOLDIER candidates. Notably, it also seems like you can unlock upgrades and improved weapons by farming the local fauna, but one creature that you won’t want to make an enemy of is the chocobo. You can find these fluffy friends dotted across the map, and – if you’re lucky – they might just let you ride on their back, greatly speeding up the process of getting from A to B. Building your own PC is normally a great experience - you get to learn about how computers come together, you can choose just the components you want and save some money in the process. Right now though, the situation's flipped: in-demand parts like graphics cards and power supplies are only available at massively inflated prices, while prebuilt desktop PCs can offer considerably better value. So it is with this £949 RTX 3060 and Ryzen 5600X desktop made by UK system builders AWD-IT, which offers the very latest components at a lower price than building your own. Which Mass Effect has the best control scheme can be a pretty dividing topic. Now I don't want to shame anyone who enjoyed how Mass Effect 1 controlled, but to be clear, I do think you're all masochists. I was delighted to find out that BioWare would be bringing the first game more in-line with the sequels with the Mass Effect: Legendary Edition. As well as tweaking the combat, the devs are making some much-needed changes to the Mako. However, if for some reason you want to experience the infamously unwieldy vehicle just like old times, you can. As someone who likes to read a lot when they're not playing games, I'm always intrigued by what video game characters have on their bookshelves. Usually, it's a pretty fruitless endeavour. Occasionally there'll be individual books we can pore over as in-game items, but more often than not, any actual bookshelves in games tend to just be awash with a mass of wordless spines with colourful decorations on them, as artists, understandably, probably don't have time to come up with an entire library of unique book titles. But I always take a look regardless, because you never know when someone might surprise you - and a couple of games I've played recently have really good ones.